↓ Skip to Main Content
Home › About Us › Jason Kim 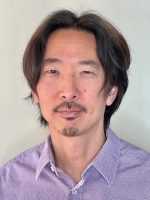 Mr. Jason Y. Kim is a Senior Policy Analyst in the Office of Space Commerce, U.S. Department of Commerce, Washington, D.C. His responsibilities include the development and implementation of national policies that promote the economic interests of the U.S. commercial space industry and user community. Specific areas of involvement include the Global Positioning System (GPS), space regulatory reform, and NOAA use of commercial space services. He also supports the Secretary of Commerce’s role on the National Space Council.

Mr. Kim contributed to the development of the 2018 National Space Strategy, 2010 National Space Policy, 2013 National Space Transportation Policy, and 2016 NOAA Commercial Space Policy. He also participated in the export control reform initiative, effective in 2014, that removed most commercial space items from the restrictive controls of the International Traffic in Arms Regulations (ITAR).

Mr. Kim joined the Commerce Department in 1998. Since 2000, he has also served on the interagency staff of the National Executive Committee for Space-Based Positioning, Navigation, and Timing (PNT) and its predecessor, the Interagency GPS Executive Board. In that role, Mr. Kim helps coordinate major policy issues among the civilian and military agencies involved with GPS. These have included the May 2000 Presidential decision to stop degrading civilian GPS accuracy, negotiation of the 2004 GPS-Galileo cooperation agreement with Europe, establishment of the 2004 Presidential policy on space-based PNT, and protecting GPS users from radio interference and patent royalties.

In 1996-1997, Mr. Kim worked at the White House Office of Science and Technology Policy, supporting a variety of space-related activities. He assisted in the rollout of new space policies and helped coordinate interagency decisions on issues such as launch trade and the Cassini mission. He also helped President Clinton and Vice President Gore manage the International Space Station program, worked to protect NASA’s budget, and organized White House events related to Mars exploration.

Prior to that, Mr. Kim was a space policy consultant providing business intelligence on space-related legislation and policy for various U.S. and international clients.

Mr. Kim earned his Bachelor of Arts degree from Harvard in 1994. He received a Superior Honor Award from the Department of State for his role in negotiating the GPS-Galileo Agreement of 2004. In 2008, he was named one of GPS World’s 50+ Leaders to Watch.