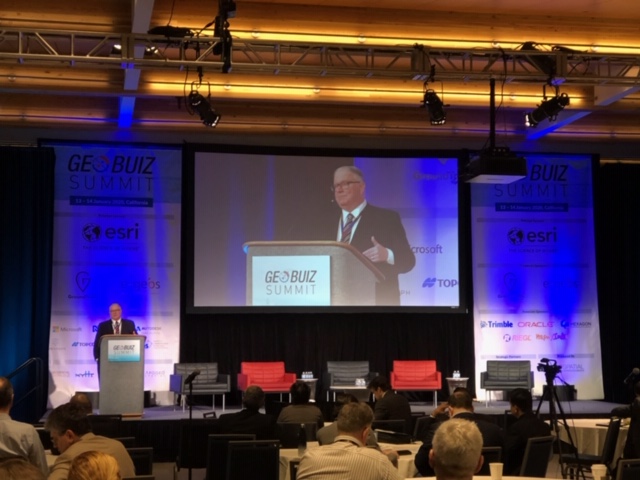 On January 14, Office of Space Commerce Director Kevin O’Connell delivered a keynote address and moderated a panel on “Business Models of the Space Economy: Where is the Money?” at the GeoBuiz Summit 2020 in Monterey Bay, California. Below are his remarks as prepared for delivery.

Good morning. I’m Kevin O’Connell, Director of the Office of Space Commerce. I’m delighted to kick off this panel this morning on the Business Models of the Space Economy.

Yesterday, my colleague Dr. Scott Pace highlighted the Administration’s top-level interest in space and some of the initiatives designed to encourage space and space commerce. The Office of Space Commerce was established within the U.S. Commerce Department over 30 years ago to help “foster the conditions for the economic growth and technological advancement” of the commercial space industry. There’s even a mandate to promote the advancement of geospatial technologies that are related to space commerce.

My Office is the Executive Branch advocate for the U.S. commercial space industry. We use different levers of advocacy, regulatory reform, industry engagement, and improving our understanding of the space economy both at the industry level, but also in helping individual companies.

Let me make sure to pass on regards from my boss, Secretary Wilbur Ross. The Secretary remains the biggest champion of space and space commerce within the Department of Commerce. Through the Secretary’s leadership, we have been able to leverage the entire Department on behalf of the U.S. space industry.

The space economy is growing. As you may have already heard, in 2019, for the first time, the National Space Foundation reported that the global space economy had crossed the $400 billion mark, reaching an estimated $415 billion. Another study by Bryce Space and Technology assessed a $5 trillion dollar economic impact of space in sectors like entertainment, finance, the internet, and others. And especially for this audience, last Summer, NIST, a sister agency within Commerce released a report by RTI on the $1.4 trillion dollar impact of GPS across ten industry sectors since it was made widely available in the 1980s.

While U.S. and other government space activities are growing, the overwhelming percentage of the global space economy is commercial. At Commerce, we believe that the future of space is overwhelmingly commercial.

Over the next two decades, the space economy is estimated to grow to between $1 and $3 trillion dollars. My colleague yesterday suggested that those numbers could be “lofty”… so, rather than focus on those specific numbers, it is probably more useful to focus on how we get to that size space economy.

We see five key ingredients that are going to be necessary to fueling the trillion dollar space economy. I’ll mention each of them briefly in the interest of time, and maybe we can pick up a few of the threads in the panel discussion.

While not everything we’ve talked about here at GeoBuiz is enabled from space, a good deal of it is. There is a potential speed bump on the path to the trillion dollar space economy that we need to take immediate action on: space debris. The problem is challenging today and bound to grow more complex as new, innovative missions go to space.

At the direction of the President, the Vice President, and the National Space Council, we are working to establish a system for civil and commercial notifications about space debris to ensure that commercial companies and others can continue to operate safely and sustainably in space.

Right now, un-trackable debris, imprecise measurements, and an increasingly congested space environment create some level of unpredictability for commercial space firms. Space debris creates economic risk in addition to physical risk. Innovations, especially commercially-driven innovations will allow us to modernize the system currently in place, and improve predictability in space. Improving our understanding of the space environment through improved SSA, and improved communication and coordination, both domestically and international, is the first step toward making space safer for all operators. When you think of it that way, space safety is another key ingredient to not only enabling but sustaining the trillion dollar space economy.

With that, let me thank the organizers for the invitation and invite my fellow panelists to the stage.