Posted on January 25, 2006 Posted in GPS Modernization Tagged with , L2Cpresentationspeechworkshop 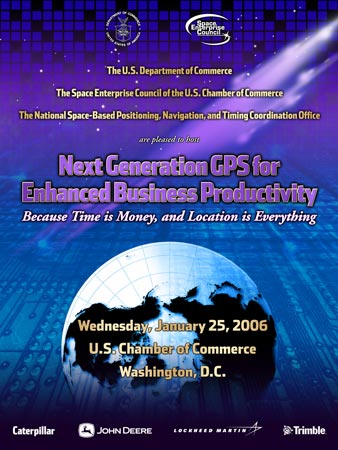 Sampson spoke during a public media forum at the U.S. Chamber of Commerce organized by the Office of Space Commercialization, the U.S. Chamber’s Space Enterprise Council, and the National Space-Based PNT Coordination Office.

The event focused on the business productivity benefits of next generation GPS capabilities, with presentations by U.S. industrial giants such as Caterpillar, IBM, and GM.