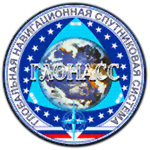 The Office of Space Commercialization participated in the development of the joint statement and was part of the U.S. delegation that visited Moscow for the bilateral consultations.

Two working groups were established under the joint statement. One focuses on GPS-GLONASS signal interoperability for positioning, navigation, and timing. The other, co-chaired by NOAA, focuses on standards for satellite-based search and rescue capabilities to be added to GLONASS and GPS III.