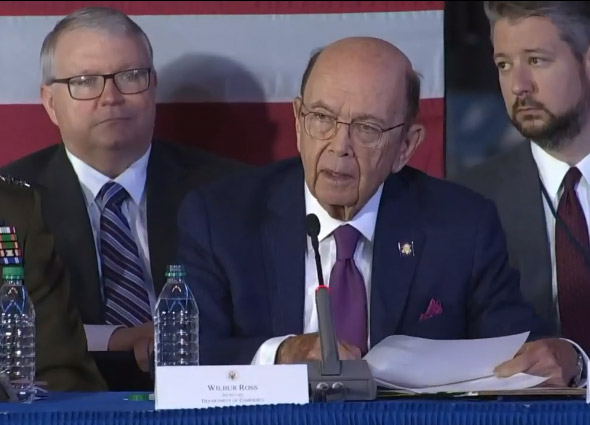 Secretary of Commerce Wilbur Ross spoke at the August 20, 2019, meeting of the National Space Council, held in Dulles, Virginia.

He provided updates on the Department’s activities in commercial space, including implementation of the Space Policy Directives on space traffic management and commercial space regulatory reform.

Among other things, he announced that Mark Daley is leading the Commerce Department’s Space Situational Awareness (SSA) “landing team” at Vandenberg Air Force Base.

At the meeting, the Space Council approved a number of recommendations, including the following two for the Secretary of Commerce: